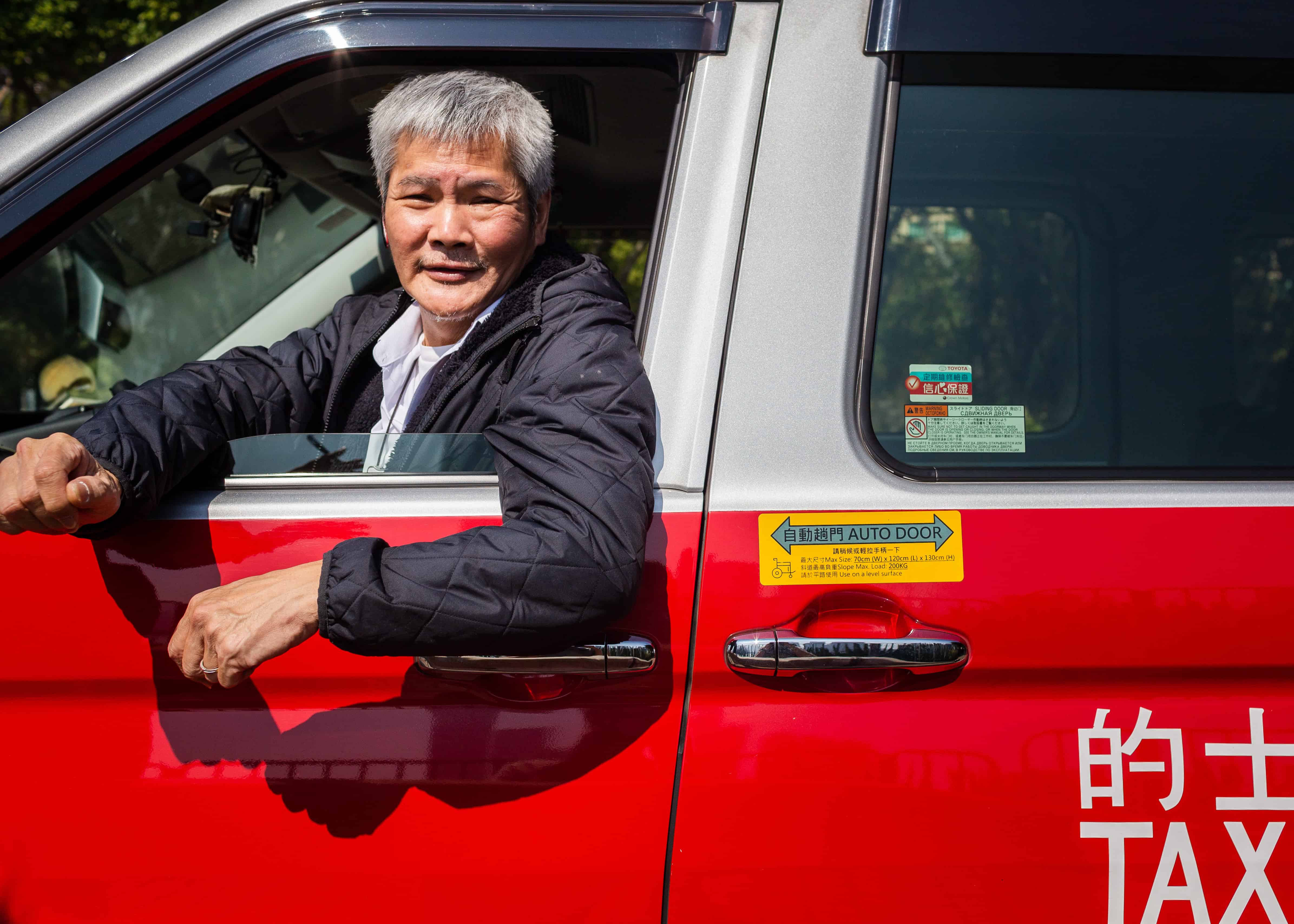 “I have been a taxi driver for 22 years. My dad was a taxi driver as well, so I just followed his footsteps. Back in the booming days I would work from 3am to 9pm! The best rides of course are the ones to and from the airport. Business has been tough this year, we make about 30% of what we used to. Nowadays nobody is travelling, going to school or work - but there has been an increase in customers getting early morning rides to go hiking.There are 18,000 taxis in  Hong Kong, 14,000 of which are red taxis. We red taxis can go anywhere in the city; we have this privilege because the taxi licence is more expensive, whereas green taxis are restricted to the New Territories and blue taxis to Lantau. All taxis look the same, but it was just an oddity leftover from the colonial days - there is actually no legal requirement for taxis to only be Toyota cars, it just takes much longer to licence other makes of cars as taxis. These new taxis are much more comfortable to drive in. Hong Kong is the only place in the world that has 5-seater taxis, but they don’t make them anymore so they will eventually disappear. Taxi drivers have a reputation for being grumpy, but I have to say, it is a very stressful line of work. We are always rushing and sit all day in a car with no one to talk to - it can get extremely boring! It’s always refreshing when customers chit chat with me.” 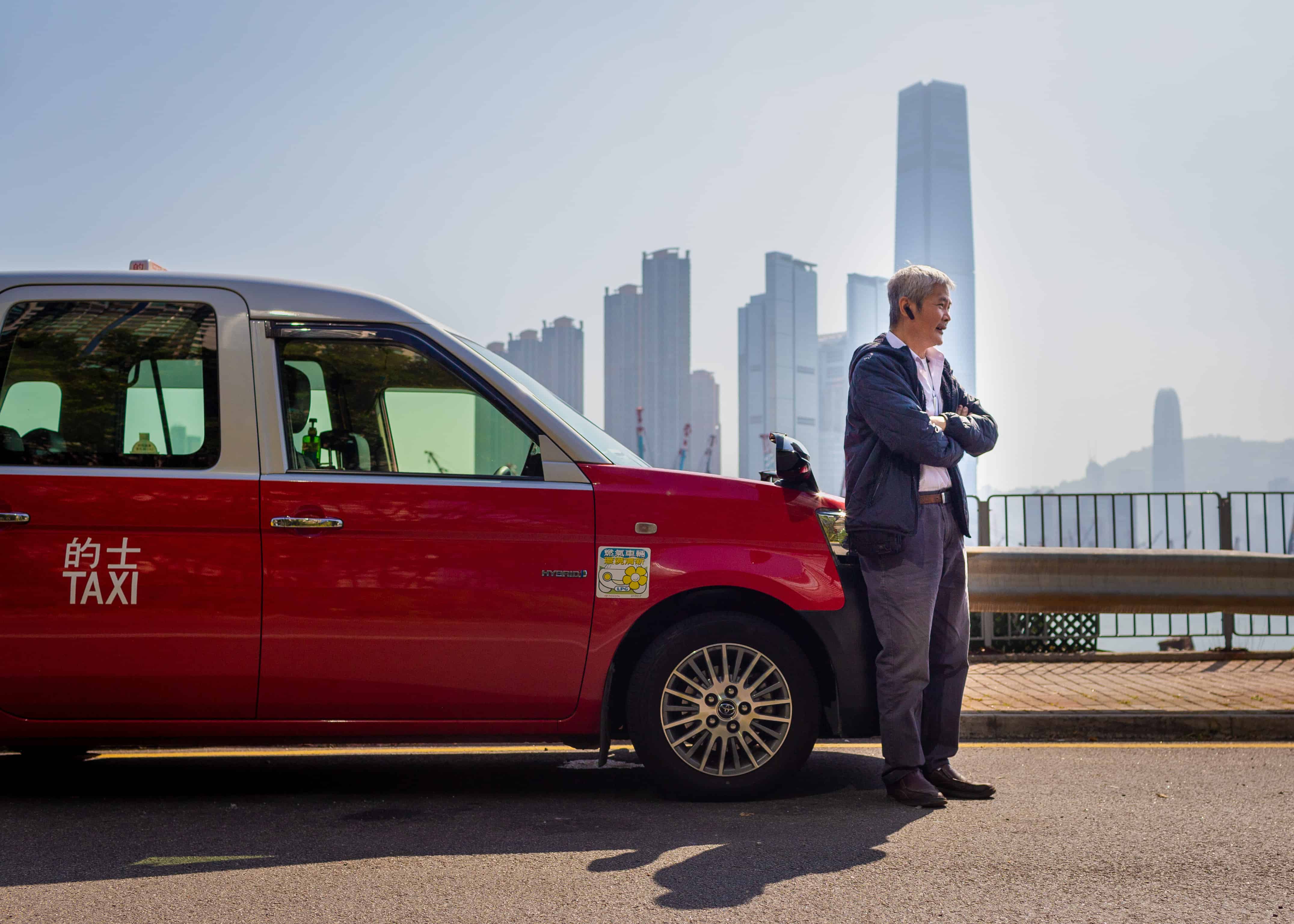 “When I started driving, the taxi meter started at HK$15. It hasn’t increased by much in the past two decades and definitely hasn’t caught up with inflation and the property prices. Over the years, I’ve met all kinds of people. I had a bunch of kids get in the cab for a very long ride, and then all jumped out of the cab and ran away without paying. Sometimes people can be in an exceptionally bad mood, there was a lady who got on and said - ‘Don’t talk to me, or I will start screaming at you’. Of course there were wonderful customers as well who were very kind and friendly. It’s always a heartwarming moment when I reunite lost items with customers - all kinds of stuff are left in taxis: computers, phones, cameras, travel documents, clothing...you name it!  Sometimes you will hear us talking through things like walkie talkies - that’s us chatting with other drivers or asking the operator for directions. It’s not easy to drive in HK as the roads are so narrow and there are so many people. To be a good taxi driver, you need to have a great memory to remember the labyrinth of roads and side streets. I would really urge people to not look at their phones when crossing the roads - safety is our priority!” 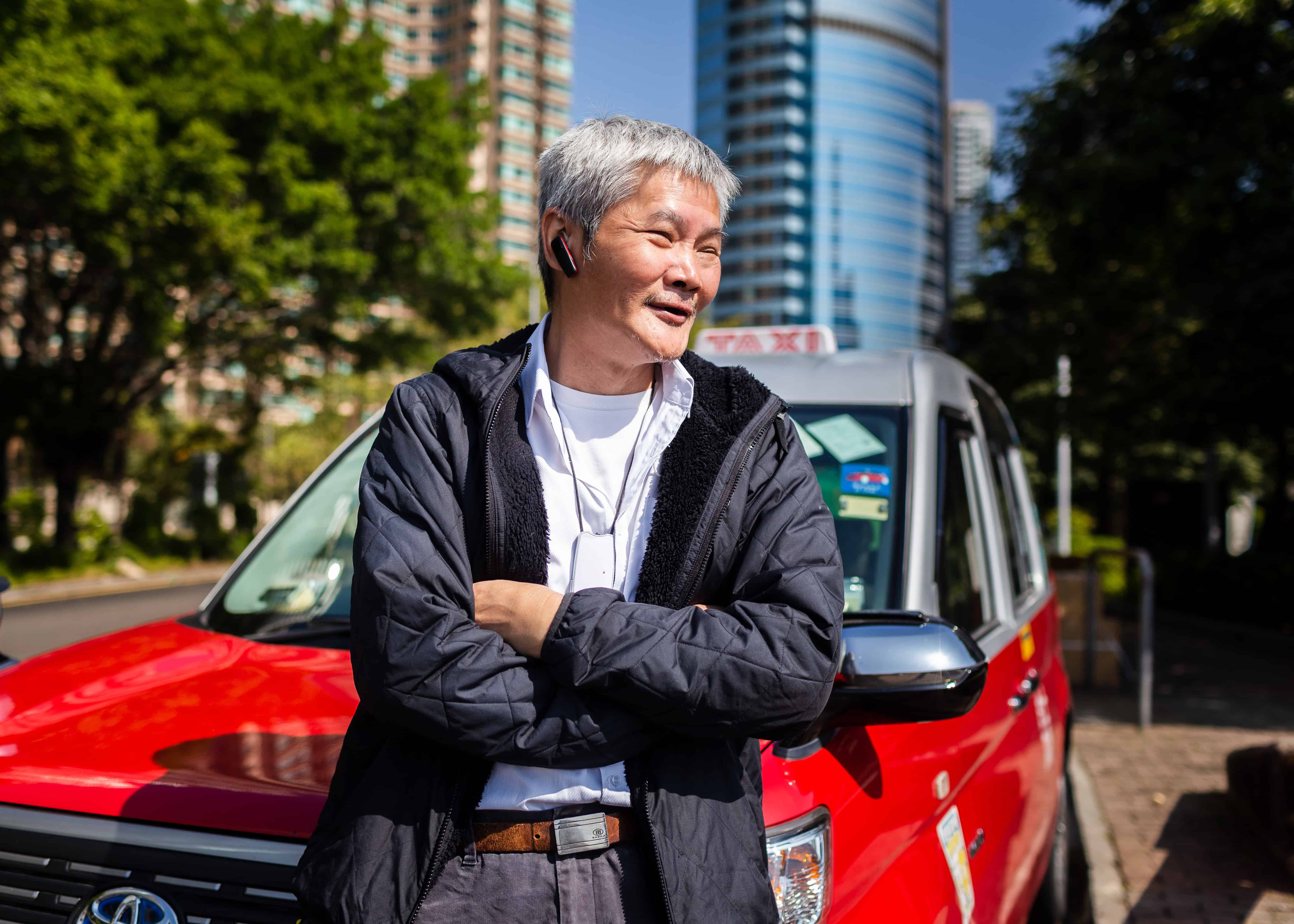 “You may notice that it is hardest to find taxis between 4-5pm, because that’s when we swap over the day and night shifts. We eat at unusual times of the day and are always on the go so we just grab short breaks whenever we can stop the car - to use the bathroom, get a quick drink or snack. When you are driving for so many hours day in, day out it can even get into your dreams! One time in the middle of the night and I was asleep in bed and started yelling - ‘I’m almost there! I’m almost there!’ - my wife was wondering what on earth was going on. She used to be a taxi driver too so at least she could relate. She’s great - no matter how late I have to work, she always stays up to cook and have dinner with me every night. I am sitting all the time so to stay active, I like to go on slow runs near where I live, from Shatin to Ma On Shan. On the rare occasions when I do have some time off, I like to go to Yum Cha with my kids and my three grandkids - two of them are twins! It makes all my hard work worth it.”

Get in touch to sponsor a story or crowdfund a storytelling campaign!

Follow our project and discover a new story every week !